Bhante Suddhāso is a Buddhist monk living in New Jersey, USA. He is one of the co-founders of Buddhist Insights, a non-profit organization created to help connect laypeople with Buddhist monastics. 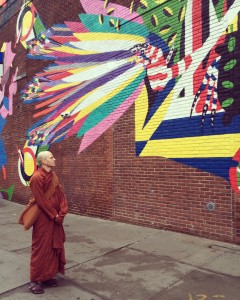 Bhante Suddhāso is a practitioner of both Theravāda and Mahāyāna Buddhism, with a particular emphasis on the teachings found in the Pāli Suttas and the methods of practice used in Chan/Zen. His teachings focus on incorporating multiple step-by-step meditation techniques, as well as on detailed explanations of the Buddhist scriptures that provide the underlying theoretical framework for Buddhist practice.

Bhante Suddhāso has studied under the direct guidance of some of the most well-respected monastics in Western Buddhism, including Ajahn Pasanno, Ajahn Amaro, Ajahn Vīradhammo, and Bhante Gunaratana. His monastic life began at Tassajara Zen Mountain Center, where he was trained in Soto Zen Buddhism; during that time, he discovered a deep affinity for the Theravāda Forest Tradition, which led him to receive ordination at Abhayagiri Buddhist Monastery in California. Since then he has lived at several different monasteries from a variety of Buddhist traditions. In 2019, together with Ayyā Somā, he co-founded Empty Cloud Monastery in New Jersey, where he currently resides as co-abbot.